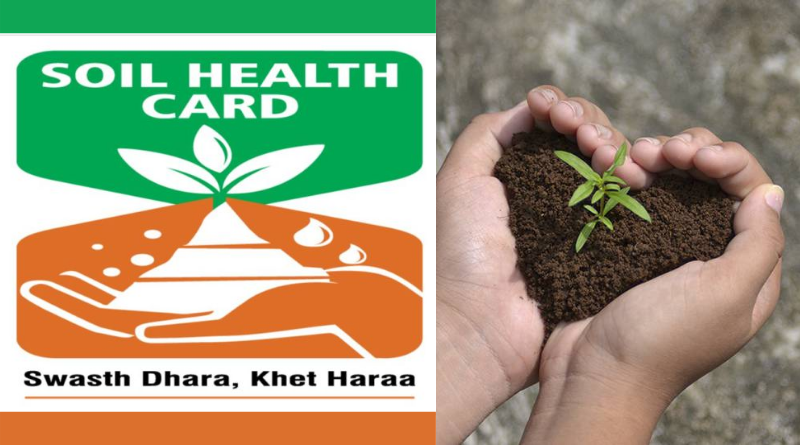 Farmers are the closest to nature and our Earth. They devote their entire lives to the nutritional growth of the country. They work round the year without any breaks and grow high-quality crops so that are ensured food on our plates every day. However, due to some unavoidable circumstances such as natural disasters or chemical reactions arising out the use of excessive pesticides the crops can wither out and die. As a result, the farmers incur heavy losses as the crops are their only source of livelihood. The worst part is that during such situations, the farming community becomes so helpless that they are completely at a loss as to how they can overcome such testing times. Due to severe losses in many cases, farmers tend to commit suicide because they feel they are not capable of running the family. To reduce the pressure on them, the Modi Government launched a soil health card scheme in 2015 in support of the farmers and their lives.

What Is Soil Health Card Scheme?

The aim of the soil health card scheme is to develop soil tests and balanced use of fertilisers to enable farmers to utilize them judiciously. In this scheme, the government plans to distribute soil health cards to 14 crore farmers, which contain crop-wise suggestions of nutrients and fertilisers required for different soils. Also, the soil is tested in different soil testing laboratories, which are then analysed by experts for various characteristics and the measures to deal with it. Soil sampling is usually done twice in a year.

With this knowledge, farmers will now be able to decide their input of fertilizers more wisely and thus be able to give higher yields in lower cost. You can get to know more about this scheme by downloading soil health card PDF documents from the internet.

The benefits of soil health card scheme are listed below: 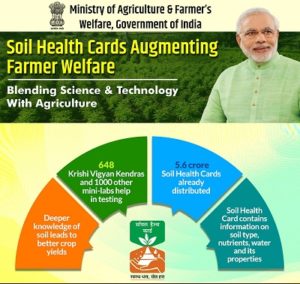 How to Get Soil Health Card?

This card is available online on the soil health card web portal.

Soil Health Card Registration – The farmers need to register on the portal along with the details of the soil samples. Once registered, they can log in using the soil health card login to the portal. The basic objective of the web portal was to create a single national database on soil health. The process of accessing the soil health card portal is very simple and has been made keeping in mind the literacy level of the farmers living in underdeveloped rural areas.

Expressing their support towards the initiative, Indian Space Research Organisation launched a mobile app along with a web portal called BHUVAN. The BHUVAN portal has both web and mobile interfaces. These interfaces work together for the generation of soil health cards, registration of samples of soil, and recording of samples for the test.

The registration process is linked with the mobile numbers of users and a unique ID is created. This ID is used for labelling the soil samples.

For the web portal, the web interface is structured in such a way that it can be used for fertiliser recommendation as per needs. These are further used to generate SHC for either a single user or a group of users in a village. Similarly, a separate interface for the mobile app is also provided in local languages.

In the words of Agriculture Minister Radha Mohan Singh, the soil health card scheme is a path-breaking step directly towards the golden future of the farmers and indirectly towards the people of the nation. The scheme proves to be of utmost significance to them because they are now exposed to some hidden aspects of the art, which they would have remained aloof from otherwise. It has shown them new ways of thinking in a direction, which only gives them a secure and bright future. Also, to start quick testing of soils, the soil test infrastructure has been updated and new soil testing labs are set to open in other states. To conclude, we hope that more proposals like these are put forward so that our country prospers as a whole.